We're getting the job done for Hamilton.

As the MP for Hamilton East, it is a pleasure and privilege to represent the people of our great electorate in Parliament.

Hamilton is a rapidly growing city and has an important role in the future of our country. We have the University of Waikato and are home to many successful businesses across all sectors. As a major city we face the challenges of a busy metropolitan area.

The National Government has laid strong foundations for Hamilton’s future growth with an investment of up to $3 billion in Hamilton’s infrastructure, and the city is poised to thrive over the next three years.

We are working hard to achieve the infrastructure needed to support one of New Zealand’s fastest growing cities. This comprises of the following main areas of development:

The National Government is staying true to its promise that the $2.4 billion Waikato Expressway will be completed within 10 years, according to National’s Hamilton East MP David Bennett.

Hamilton is one of the first cities to benefit from the National Government’s new $1.5 billion Ultra-Fast Broadband (UFB) initiative, creating a range of new economic opportunities for the city.

The $500 million redevelopment of the Waikato District Health Board’s facilities makes Hamilton a hub for tertiary health services provided to the Midland and Bay of Plenty regions.

With strong community support and the hard work of Hamilton East MP David Bennett, it’s great news that three new schools have been announced for the north-eastern suburbs of Hamilton. 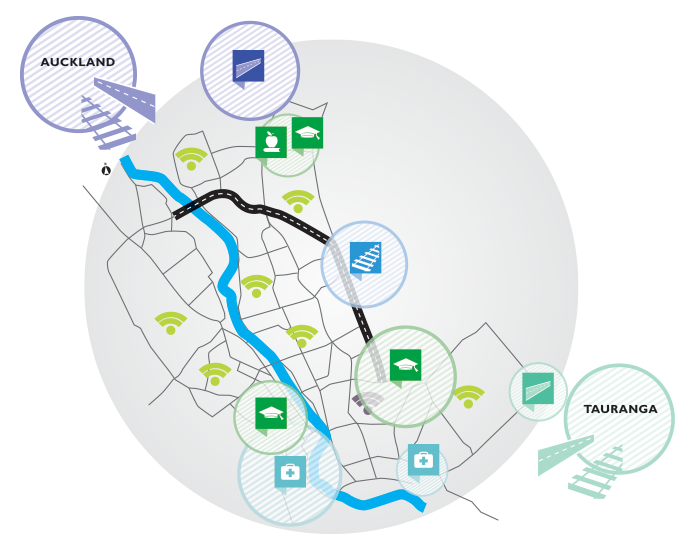 Get updates from David Bennett and National

Read updates as they break from David Bennett